Just a quick update to let you all know that I'll be out for the next 2 weeks. I'll make up the lost dev time once I'm back full-time! I know firsthand how much it can suck waiting for a game, so my apologies there. Patience and understanding is definitely appreciated! :) 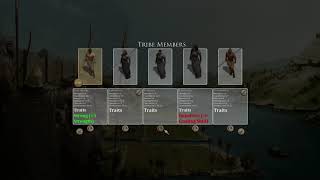 A couple of weeks ago I posted the first part in a video series I'm hoping to finish on how Neolithic plays. I'll be posting more as the subsequent parts are completed! Unfortunately January so far has been slow! I've been having some major UI issues (bugs). Because the problem doesn't originate from my own code it has been very frustrating, especially when I'm very eager to move on with actual development! Next will be a small revamp of the map, making it finite but much mor